Preliminaries: Assume a Raspberry Pi, and Arduino based mechanism of a smart prop or even your mobile phone. These devices can interact with Houdini MC mainly using web requests. When the Raspberry Pi or the Arduino receives a web request from Houdini MC, it performs a predefined action. Similarly, when Houdini MC receives web requests from a connected on the same local network device, it also performs a custom action.

E.g.: Assume an Arduino connected on the same local network with Houdini MC. In this scenario, the Arduino acts as a receiver while Houdini MC, as well as all the other connected on the same network devices, serve as senders. Assume also that the local IP of the Arduino is 192.111.111.111. A script on Arduino continuously listens for incoming web requests from a sender. If for example a sender pings the URL: 192.111.111.111/SAMPLE, Arduino receives the term SAMPLE and performs an action. Overall, the Arduino programmer assigns a set of actions for each expected TERM.

To start with, execute Houdini MC and go on the “Settings-> Connections” tab. Enable the “Incoming HTTP Requests” and note down the given URLs. This option allows Houdini MC to perform as a receiver. 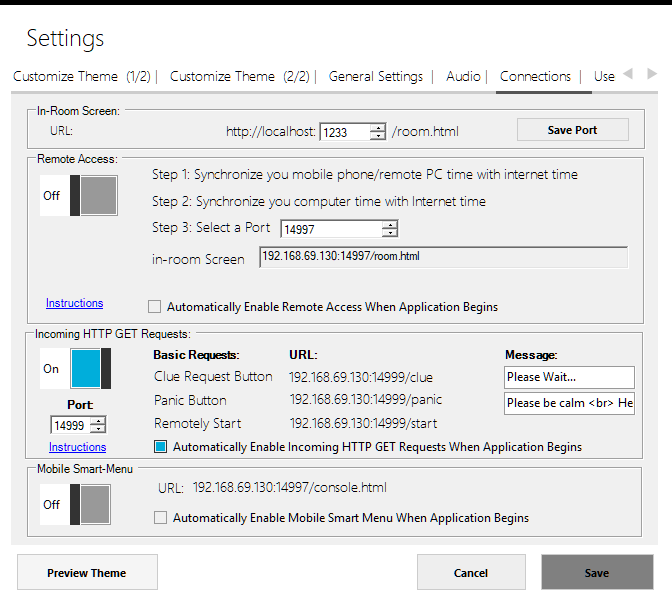 Please make sure that your router always assigns Houdini’s PC the same IPv4 address. From this moment, Houdini MC is ready to receive incoming requests.

You will now notice a green bulb icon on the top of the console. This icon indicates that Houdini MC is ready to accept incoming requests. 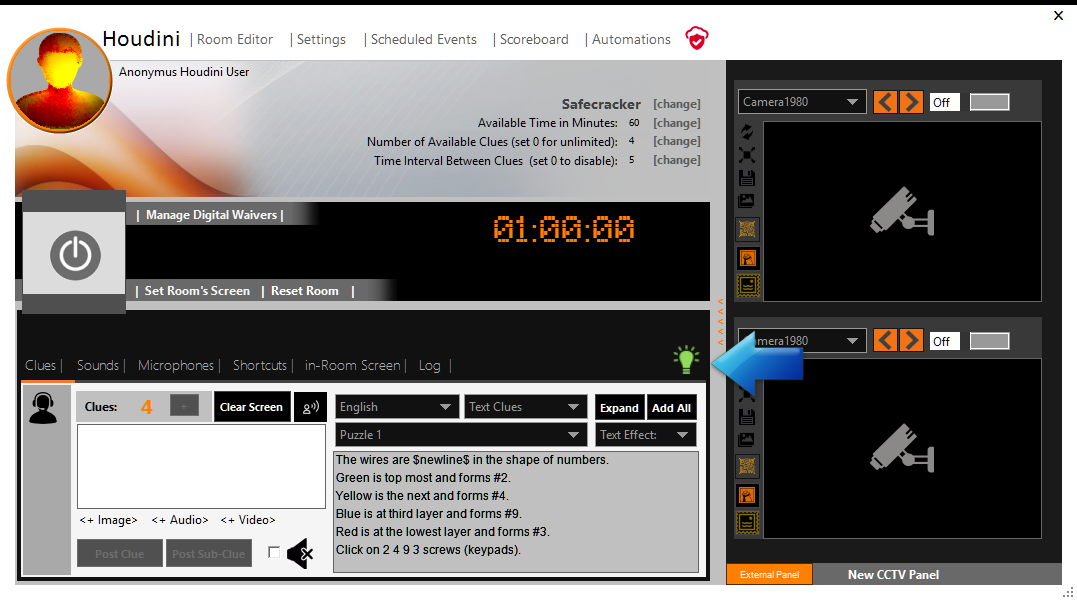 Please make sure that both, Houdini MC and your mobile device are connected to the same local network. After sending the request, you will notice that the color of the bulb icon changes, based on the type of the request.

Outgoing and incoming connections can be affected by the presence of firewalls or antivirus software on the PC connection. Windows comes with a built-in Internet Firewall that is active by default and blocks suspicious traffic. You can turn off this firewall (not recommended by Microsoft) or configure it to allow connections from and to specific ports.

To open a port in the Windows firewall:

1.How to receive instructions from a controller

2.How to send instructions to a controller

You can also use Automation Menu to send GET and POST requests to a microcontroller.

Stored requests are accessible not only from the <Automations> menu but also from the <Shortcuts> tab.

To interact with High -Voltage Devices kindly refer to this tutorial